How to Get the Best Shave

(The Definitively Dos and the Definitely Don’ts) 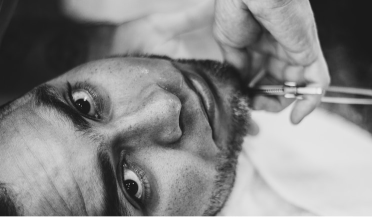 Even if shaving is ultimately a rite of passage for pretty much every guy out there, a lot of people still don’t know the definitive do’s and don’t of trimming that mug. The aim of the game here is to get the cleanest shave without the hassle of nicks and cuts suddenly appearing out of nowhere.

Here at Black Knight, we’ve compiled the best tips to get you going and give you the smoothest facial trim.

Rinse before you shave

This might seem obvious to a lot of people but unbelievably, there’s a large group of men that dry shave daily. Nicks, cuts, and even rashes could start appearing all over your face when you decide not to have a splash before the shave. Better yet, a warm shower can be just the thing to get the shave you want. Warm water opens your pores and softens the hair on your face to make it much easier for the razor to make its glide.

You may be tempted to keep using the same razor repeatedly, but there is some evidence to suggest that you shouldn’t. Using a dull blade can cause irritations to your skin as the blades are not sharp enough to cut the hairs and end up needlessly rubbing against the skin. Not only would this increase the chances of getting a rash but the chances of getting cut is right up there too. If the blade isn’t sharp enough to smoothly slice through hair, it can end up nicking the skin.

Always use some foam or cream

Unlike when shaving was invented way back when, shaving without some sort of lubricating agent such as shaving foam or shaving cream, can be quite risky. Modern razors are designed to be used alongside shaving foam or cream and will have a much easier time finding those pesky stubborn strands wherever they might be on the face.

Don’t apply too much pressure

Contrary to popular belief, applying more pressure doesn’t actually mean that you’ll get a close shave. Just like when remote controllers don’t work any better when you violently mash the buttons (and could even lead to damage), applying too much pressure on the razor to your face increases the chances of getting cut tenfold. It’s a much better idea to lightly put pressure, just enough for the razor go through your hair with ease.

When you’re shaving, you might be tempted to running the blade across your entire face in one fell swoop. This is a bad idea as running longer strokes creates too much pressure for the razor to handle (pun absolutely intended), effectively increasing the chances of getting cut by a large margin. Short, concise strokes are the way to go for the best shave every time.

A clean shave makes more of an impression that if it were kept a mess. It shows that you’re ready and willing to take the next steps into your future and that you take life seriously. Get the right shave the right way and you’ll know when you’ve made the mark you want to.

Let’s hope you learned a thing or two about the tricks of the trade. Here’s to rich foam and a good shave! Next month, we go over what your beard says about you, and how to pick the right one. Check it out.